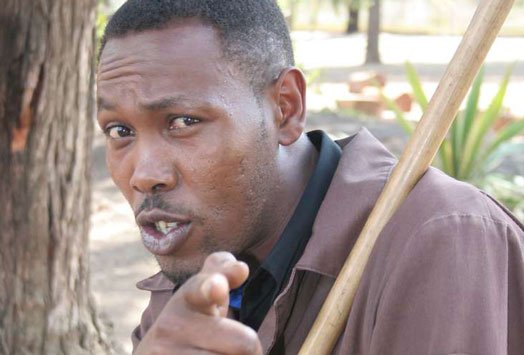 A few months ago, former Tahidi High actor Omosh’s cry for help was sorted out by netizens, who contributed handsomely for him. Omosh was blamed for mis-using funds he got from acting by drinking alcohol uncontrollably.

A Cry For Help

But he still received a helping hand from generous citizens. He was given free land and a house was already being built for him. Omosh even promised to use the cash he got wisely, just to make sure he never begs again. In addition, Hon Alinur donated foodstuff and other household items to him.

Turns out, the help wasn’t good enough for him. Omosh has now disclosed that most of the funds that was pledged by people, he received none. He disclosed this in a recent interview.

“People pledged money that I have never received. I got less than a million which I used to settle my debts.”

Citizens have now reacted to Omosh’s plea, saying they’ve had enough of him. According to them, Omosh should already be grateful that he owns a piece of land and a house for free. He should now focus on the other remaining basics. Some have also advised him to sell a portion of his land if he’s not well off and start a business.

This time, they are having none of it; and it’s clear that Omosh will be on his own now.

Watch his video below;